Lana Del Rey is an American singer, songwriter and actress. Her unique sound has won fans over in the past with singles like ‘Video Games’ and ‘Summertime Sadness’. Musically she draws influence from the greats of every genre of music, which can be heard in her songs. I think this is especially true of Amy Winehouse, although the two are stylistically very different there is a lot of similarities bringing them together. Del Rey has released the title track of her new album ‘Honeymoon’.

True to form Lana Del Rey has delivered a chilling and moving song, a beautiful ballad complete with strings and her smooth, rich voice. The song sticks to the sound she’s used for four years, although fairly unique it’s been criticised that she’s not adapting her sound enough and that it uses the same idea that pops up in many of her songs (especially singles) bad boys and the girls who follow them around. I think it’s admirable that she is sticking to what works for her, she has a committed fan base and her unique voice and style make her stand out. Why should she change?

I really like the sound of ‘Honeymoon’, although the song itself never seems to actually go anyway and though I enjoy listening to it, it took the role of background music instead of demanding my attention. However, this in no way takes away from the actual song, it’s a great song that fits perfectly with Del Rey’s ‘gangsta Nancy Simone’ image – I just think it may not have been the best to release as a single. Saying that, I think it will do well, it has this old soul sound to it, the strings and Del Rey’s smooth sound perfectly creating this atmosphere that hangs in the air and is very emotive.

I’d keep an eye out for her next album ‘Honeymoon’, especially if you enjoyed her previous work as it appears this album will follow the same track. If you liked this song, go out and get it now! 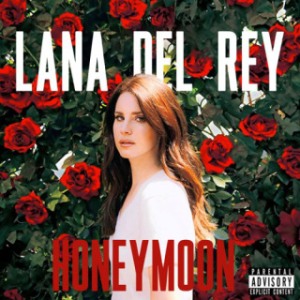