I heard ‘Ivory’ on Spotify sometime last year and since that moment I’ve been a fan of Adam French. His music is brilliant – you’ll be singing along in no time. With a headline UK tour coming up next year and two new songs available now it’s a perfect time to start listening to his music. After battling with technology, and after a long night in the studio, Adam took the time to talk to me about his experience in Africa, the inspiration behind his writing and his upcoming UK tour.

What inspired you to become a musician? Was it what you always wanted to do?

I think it was my Dad, he always ‘forced’ me to listen to good music and that’s been a massive influence. There’s a painting, from a street artist, that I got as a child and I asked to painted with a guitar – so I think I have always wanted to do this.

I first heard ‘Ivory’ on Spotify, it came up as a suggested track and I fell in love with it straight away. I played it to my Dad, who also loved it, and have been keeping an eye on your releases since then. What inspired ‘Ivory’?

That’s cool. It was really influenced by my trip to Africa and the experience I had out there. It was a little crazy, because I was being paid to go over and run a small tour in Africa when in my hometown I was playing to small bars, but the whole trip was life-changing. It didn’t just effect my music, but the way I live my life.

You played Reading and Leeds last year, that must have been amazing.

It really was. It was the first form of national recognition I got over here, the BBC Introducing stage is really amazing for local acts. One of the people who played there was Jack Garrett, who has won loads of awards this year, and that’s heavily influenced by the involvement of BBC Introducing. Playing Leeds was especially brilliant because it’s quite close to home and a lot of my friends who go every year came to see me play. It was a very special moment.

I can imagine. How does the writing process work for you?

It’s different every time, but it usually starts with a new experience or meeting someone new or maybe an interesting phrase that would form the theme for the song and it builds up around that. But it could also be the other way round. I’ve written some songs that started with guitar or piano and sometimes bass. It depends on the song really.

What do you think is the easiest, hardest and most important part of a song?

For me, I think honesty is the most important thing. If you don’t have honesty then people can just tell, you need to really mean what you say and the rest will all fall into place after that. A lot of songs on the radio aren’t honest and you can really sense that when you listen to it.

You recently released some new tracks, one of which is ‘Hunter’, what was the motivation behind the song?

I started writing ‘Hunter’ around the same time as ‘Ivory’, and it’s sort of a different point of view from that. It took a darker sound, but I kind of like it. When I showed my manager a little while ago he said we had to get it out there. I think it was a good time too, just before the new year and reminder that I’m still making music.

It does very much feel like a progression from ‘Ivory’. What song would you recommend to people who haven’t heard your music before?

I think it would have to be Ivory. That song has done a lot for me and was inspired by such an amazing experience.

You’ve got a UK headline tour coming up next year, are you looking forward to it?

Yes! It’s going to be great. So there’s the UK tour in January and then in February I’m doing a few shows in the US. 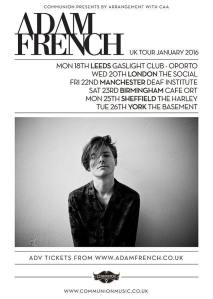 We have a big band hug, just to make sure everyone’s alright before the show and we’re all relaxed so we can play a good gig. But nothing other than that really, we just like to be relaxed before the show.

Who are your musical influences?

I try not to be influenced too much by any one person and take things from different people and genres. Johnny Cash has always been a big inspiration for me, I really like his music.

If you could collaborate with any artist who would it be?

Bon Iver. I think that would be amazing.

What would you like to achieve through your music?

I want people to really relate to my music and to make people feel. I love seeing it inspire other people’s art, I’ve seen a lot of dancing with ‘Ivory’ which was totally unexpected and I love seeing that. If my music can be something that inspires someone or connects with them then that’s great.

If you were to buy some music, what format would you choose?

Definitely Vinyl; there’s something really great about it. The covers are way more interesting and satisfying then a little icon on your phone. I wish I had been around when vinyl’s were more popular, they were almost paraded around like a badge. So yeah, I’d buy a vinyl and then probably get it on ITunes as well just because then I can listen to it on the move.

What’s the most surprising thing in your music collection?

When I was a teen I was into ‘Slipknot’, so yeah, I guess that’s quite a way off from my sound.

What is your earliest musical memory?

I must have been 4 or 5 and I remember that when I went round my Grandpa’s he only had one tape that would keep a kid happy. So we’d watch Fantasia and I’d make him rewind it and we’d watch it over and over. That’s probably my earliest musical memory – I loved it.

It would probably be the first time I went to Reading and Leeds with my friends, there was this awesome energy and people really connected to the music. It was a collection of people there to let their hair down and was another moment that really made me want to be the person on stage.

Has there been a moment that has really stood out for you?

It would have to be either the trip to Africa or BBC Introducing. Both of those opportunities have impacted me so much.

Have you ever met an idol and had a little freak-out?

Not really. I’ve met some people I’ve really expected and been a little under-whelmed. Sometimes you can meet your idol or someone you really respect and they turn out nothing like you expected, so I guess that can kind of ruin it.

My Mum gets me to ask this at every interview; what is your favourite app?

I have this really useful app, which is only useful if you play guitar, but I have a guitar tuner app. It’s great if you don’t have your guitar tuner with you or whatever. So yeah, that’s probably my favourite app.

What advice would you give to aspiring musicians?

Try to ignore what people say; the good and the bad. As long as you enjoy what you’re doing then that’s all that really matters. 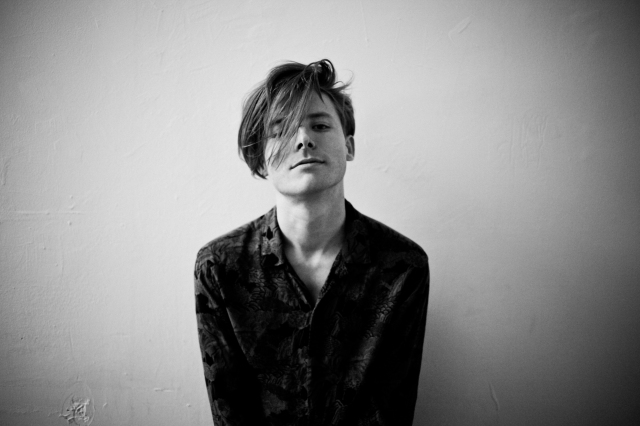 Adam was absolutely lovely and speaking to him was a pleasure. I strongly recommend checking out his music and grabbing tickets to see him live whilst you still can – I will definitely be catching a show in January.

Are there any questions you’d have liked to see? Let me know below. I’d love to hear what you think.