I first saw Jeremy Loops last November when he opened for Twenty One Pilots and I fell in love with him. His show was amazing, so when I found out he was coming back to Oxford I couldn’t miss it. It did not disappoint at all. The Bullingdon was a lovely venue; the staff were wonderful and the small size made for a brilliant intimate gig.

Hannah Trigwell was the opening act for the night and she blew me away with her beautiful voice. It was a lovely way to start the night and her acoustic set led on nicely to Loops’ own set. She sang her own songs, which reminded me a little of Ed Sheeran, that I recommend listening to (and buying), as well as some covers. Below is a small snippet of a cover of ‘Stay With Me’ by Sam Smith.

The crowd went wild when Jeremy Loops got to the stage. From the very first second it was clear that he loved every moment of performing and was grateful to get the opportunity. They didn’t slow down for a second, even after the show Jeremy took the time to meet fans, take pictures and sign pre-release copies of his album.

One of the bonuses of an intimate venue is the atmosphere and artist interaction and Jeremy definitely worked the crowd, at times even pausing for conversation. It was a brilliant show and being at the barrier I got an amazing view of it. The whole band barely stayed still, dancing from one end of the stage to another and encouraging the crowd to do the same. (It’s at this point I’ll mention how exceptional Jamie Faul’s dancing is – one of the highlights of my night.)

The crowd sang along to every song, but the volume definitely grew when Loops sang ‘Down South’ – arguably his most popular song that was played on UK radio for the first time this month. There is something brilliant about this song, inspired by Jeremy’s home South Africa it seems to encapsulate the feeling of summer and smiles and happiness.

It’s always fun to see how the songs come together live, witnessing the songs grow as loops are added (hence Jeremy Loops) was amazing. There’s such an interesting stage dynamic, with band members coming and going for various songs. One second it’s just Jeremy rocking out on a harmonica and guitar, then suddenly there’s a saxophone and drumming and a rapper.

One of the highlights of the night, for me, is ‘I Wrote It For You’. The song closed the night as high-energy as when it began and sees the crowd getting involved in singing the chorus on a loop. This song stands out so much for me, it encapsulates that live feeling in a song and it never fails to provide that final burst of energy a finale song needs.

Jeremy Loops puts on a show you don’t want to miss. Keep an eye out for tour dates and pick up his brilliant album ‘Trading Changes’ released across Europe Feb 26th. 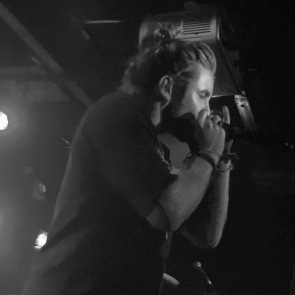 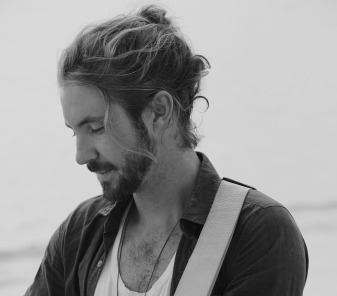 If you want to see more of the show here’s a playlist of every song they played on my YouTube channel: