‘Live and Unplugged’ is exactly what it says – 46 minutes of live performance, putting a twist on some of Sleeping With Sirens best known songs. It’s beautiful. It is the first live album from the band, but shares a similar sound with their acoustic EP ‘If You Were A Movie, This Would Be Your Soundtrack’. This live album is brilliant, it is completely immersive and will have you singing and dancing in no time.

One of the best parts are the sounds of the fans singing and shouting, something that is usually edited out as much as possible on live CD releases. There’s just as much talking from lead singer, Kellin Quinn though, helping create an immersive and authentic sound for the listener. It’s not hard to imagine you were there and it’s nearly impossible not to start swaying and singing along. Anthemic songs like ‘The Strays’ and ‘Go Go Go’ had the whole place singing it back to them and you just can’t help joining in.

The album jumps straight into ‘With Ears to See, and Eyes to Hear’ starting with the screams of fans before the actual performance really begins. I was hooked from the start, hearing the songs in that stripped setting was a refreshing change and it really amplifies the beautiful tone of Kellin’s voice.

‘Gold’ was released with a video and was the perfect way to sum up the album. It’s the kind of song that makes you smile and the video perfectly captures all of that as well as showcasing the live performance with some behind the scenes footage. I didn’t think I could fall more in love with this band, but this album has proven me very wrong.

The album ends as strongly as it started, you’ll be hooked throughout. I couldn’t stop listening to it and will have this on repeat for a long time. It features the beautiful cover of ‘Iris’ that the band have become well known for, as well as a cover of ‘Santeria’ originally by Sublime. You get to hear the change in dynamic from their studio sound an really feel as if you were there.

This is a must have for Sleeping With Sirens fans, it has all your favourite tracks performed beautifully in a room full of crazy, singing fans. If you haven’t got this already – then you need to. 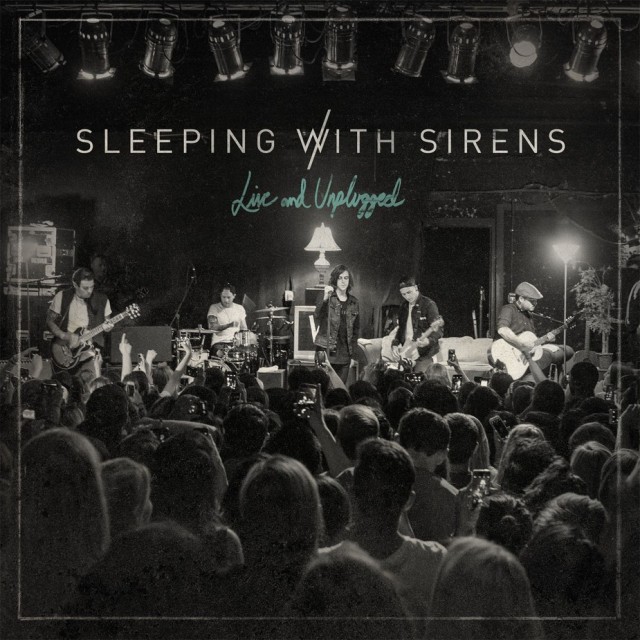