Rock band VISTA had me hooked with their single ‘Henchmen’, since then I’ve been anxiously awaiting new music. The band sat down to answer some questions, we talk about releasing their single, pre-show rituals and their favourite apps.

Where did the band name come from?

Hope: Vista is my actual middle name, and when I was doing solo stuff I went by Hope Vista. When I started the band, I wanted to name it something that some listeners would already recognize right away and be familiar with. It worked out super well, the meaning of the word ‘vista’ centralizes around a long, wide opening. That’s kinda how we see the band, on a long path!

How did you all get together?

Matt: I saw that Hope lost her drummer and the band I was in at the time wasn’t going in a direction I felt comfortable with. So, I reached out to her and had an audition with Greg same day and the rest is history.

How does this band differ from your past musical endeavours?

G: It’s got a rockier sound. It’s not afraid to get a bit heavy. It is fierce, it is ambitious.

M: I’ve never been in a band with equal dedication and passion as well as talent. My other bands have all fallen through because there was never a sense of equal balance of those three qualities I mentioned before. Hope also knows the industry a lot better than any of my other band mates. That helps.

You recently released your latest single, “Henchmen.” How do you feel about it?

G: I feel pretty dang good about it. It’s a baller song.

M: It’s a huge song, isn’t it? I love it. It’s this huge rock song that hits you in the face. It’s equally as enjoyable to play it live as it is listening to it in the car.

H: I totally love this track. It’s something that I’m really proud, and I’m usually very critical of both myself and anything I work on. It’s so punchy, it’s relevant to everything that’s going on in the world right now. It really resonates through me, so I just hope it has that same effect on anyone who listens to it.

My mum insists that in every interview I ask: what apps do you have on your phone and which one is your favourite?

G: All the basic ones. I go on Reddit a lot to check stuff about Overwatch and Smash bros. I also use Whatsapp to talk to all my family from Portugal and stuff. Besides that I’m a usual social media loser, haha.

H: I actually don’t really have that many apps! My most used is definitely Twitter, my favorite is this crossword app that I play around with every night before I go to bed to just work my brain a bit. I usually do about 10 puzzles or so a night!

Do you have any pre-show rituals?

M: Disappearing haha But I go into my own zone usually in a place where I can have peace and quiet. I do A LOT of stretching and warming up. That’s essential. You need to warm up the muscles. You don’t want to run a 5k without stretching. The same applies before going on stage. Oh, and just like a workout I make sure I have water with me on stage.

H: Greg and I do vocal warm ups together, and I kind of just stay in my own head after that because I get pretty anxious right before we go on stage. I distract myself by texting a friend or something like that!

What is the most challenging song to play live?

G: Getting “Henchmen” to sound right when transitioning it to a live setting took a bit, but I think we got it.

M: I can’t think of any particular song because I find playing all of them pretty easy.

H: For me vocally, it’s definitely “Henchmen.” That song is hard, man.

What advice would you give to aspiring musicians?

G: Hmm. This is a hard one. I would definitely just say to be social, be humble, and always practice. Whether that be your ability at your instrument or to write songs. Find something that makes you interested and keep picking at it.

M: NEVER EVER give up! If you are passionate about music and want to make it a career accept the hardships. The world is crazy and a lot of people will tell you to be someone else. Trust your heart even when the whole world is against you. Stay on the path to true happiness for yourself. And practice, practice, practice! Oh, DON’T HAVE AN EGO.

H: Indulge yourself in the industry. Read. Learn. Knowing your business is the biggest key to success.

Where would you be, ideally, in 5 years?

G: I want to be full time touring, full time writing, and full time browsing memes with my buds over here in the band.

M: Hopefully, on stage somewhere in a stadium playing to 1000’s of kids and sharing music with them! 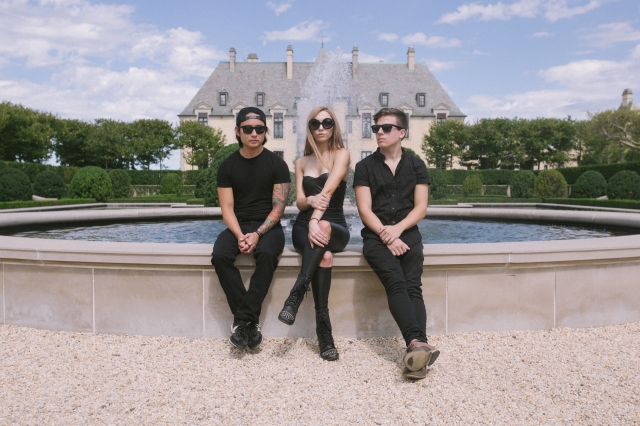 A band not unlike Paramore and Against The Current, VISTA are ones to watch. If you haven’t listened to ‘Henchmen’ yet then I suggest you do, these guys are only going to get better. Follow them on social media so you never miss a thing.

4 thoughts on “Interview with VISTA”