‘Digital Druglord’ has been a highly anticipated album from the independent artist Blackbear. With his side project of mansionz releasing their first album, Blackbear has been pretty busy in the music industry recently and all the hard work has seemed to pay off. Although, a lot of the album is similar to previous songs of his, there is still an evolution in this album where you hear things a little different to what you might expect.

Do Re Mi is one of my favourite songs on this album, along with Make Daddy Proud. Both of these songs are catchy and will be floating around your head for days. The beats and rhythms used during the verses in Do Re Mi are infectious and inevitably have you tapping your feet. The chorus takes on a minimalist tone at the start, which allows for Blackbear to truly present his vocal abilities. Then the voice changers and electro-tones take over presenting a perfect song for pre-party preparations.

The three singles on this album really set the tone for the topics and style that Blackbear uses throughout this album. ‘Do Re Mi’, ‘make daddy proud’ and ‘if i could i would feel nothing’ are amazing songs and when I first heard them I couldn’t wait for the rest of Digital Druglord and it didn’t disappoint. Appearances from Juicy J and 24hr add another layer to the album, which complements Blackbear’s style to no end. ‘Chateau’ is a song that takes on a more hip-hop kind of vibe, in comparison to ‘hell is where i dreamt of u and woke up alone’, which follows the original line that Blackbear has followed through previous albums and EPs.

The captivating lyrics and hooks in this album will make you want to listen to it on repeat, just like me. Also, if you’re not a massive fan of music that has a lot of electric sounds and beats, then you don’t have to worry because Blackbear has done acoustic version of a few songs from his older albums, which hopefully he will do for this album as well. If I were you, I would follow Blackbear through his rise to the top because it is becoming more and more difficult to produce music that hasn’t been done before; Blackbear does this flawlessly.

If you haven’t listened to this fantastic self built artist, then I suggest you give this album, as well as his Drink Bleach EP, a listen because the originality of his sound and lyrics is like a breathe of fresh air in this monotonous, repetitive sea of electronic music. 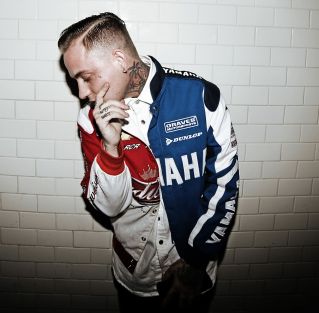 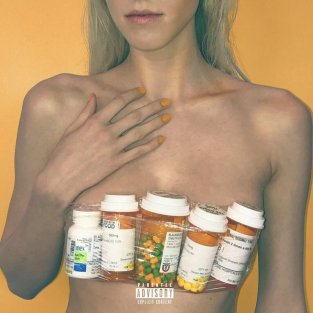