BTS’s new release has already been breaking records around the world and it’s easy to see why when you listen to this 26 track album. ‘Epiphany‘ gave fans a sense of what to come, but ‘Love Yourself: Answer’ continues to mix genres, creating a sound that stands out in K-pop.

As soon as I saw the tracklisting, the song I was most excited about is ‘Serendipity (Full Length Edition)’. I think Jimin has a beautiful voice and that song, in particular, has always been a favourite of mine. What I love the most about this new version of the track, is how seamless it is. It all fits together so brilliantly, that you’ll find yourself singing along to it like it was always the first version released.

Another stand-out track for me is ‘SeeSaw’. This track is a Suga solo and sees him exploring a new sound and style. As a big fan of the band, I was surprised (but pleased) to hear Suga singing on this track – and not as a joke! For me, this track stands out with a different energy than the rest of the animal. Without knowing the lyrics this song radiates emotion in a way the other tracks don’t, Suga succeeds in communicating above and beyond language and is able to elicit emotions without words.

When I heard the intro to ‘Save Me’ leading into the new track ‘I’m Fine’ I nearly fell out of my chair. ‘I’m Fine’ shares similarities with a track you’d expect from a DJ, electronic and fast-paced, it was not what I expected but I love the transition from the comparatively slow ‘Save Me’ to this track. The evolution from ‘Save Me’ to ‘I’m Fine’ really encapsulates the development of this band who transcend language and have earned the love of fans all over the world.

The release of their album came alongside a music video for ‘IDOL’. The video is a vibrant statement, calling out the toxicity of being an artist and the importance of loving yourself. Fans are getting behind this song and video, theorising about what the video means and aiming to beat the record for most views in 24 hours. The band also released a version of ‘Idol’ featuring Nicki Minaj,.

The album mixes new tracks, remixes and old tracks throughout making it unlike any album I’ve listened to before. This approach works really well for the album, interspersing new tracks with some of their most recent big hits that are sure to have fans loving the album even if these new tracks aren’t their favourite. There’s a brilliant flow to this album, each song seems to feed into each other creating a really emotional and raw journey for the listener.

Buy yourself the ultimate Love Yourself: Answer album from Amazon now and tell me what your favourite track is below! 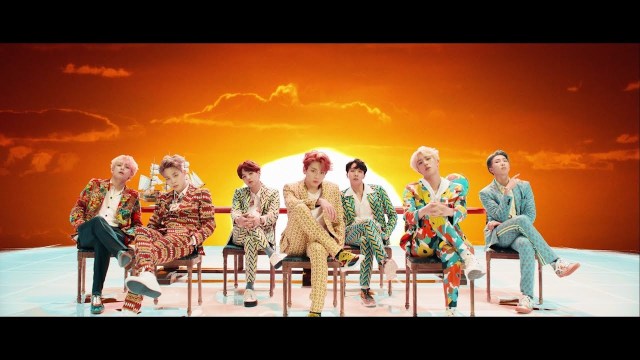 As an Amazon Associate, I earn from qualifying purchases.